Learn from the most experienced credible team in america

Flipping isn’t for everyone. Find Your Fit in REI.

This is a six week kick start to your investing career. Everything you need to find, fund, fix and flip houses.

A year of intensive study, work, and mentoring. A lifetime of benefit. And it’s a lifetime in the inner circle as well.

For high income earners or accredited investors. You can invest in cash flow or flips passively.

Welcome to one of the top real estate investor training sites in the world. Want to supplement your income with good cash flowing income properties? Interested in quitting your day job? Are you already investing but know you could be doing more? Whether you’re looking for something to do in your spare time or want to take what you are doing to the next level, our training can take you there. If you’re brand new and unsure where to start, take the Find Your Fit and QuickStart Courses. If you know you’re ready to create big income, sign up for FlipStarter and The Mastermind.

You, yes even you, can be a successful investor. With 20 years of experience and more than 2,000 properties flipped nationwide, Roger’s learned a thing or two. He’ll unlock the secrets to help you avoid costly mistakes and make wealth-building decisions as he guides you step-by-step through the world of Real Estate Investing.

Roger’s academic training includes a Master’s Degree in Education. He has used this training to create training experiences that connect with the different ways people learn.

Get what you need, in the way you prefer to learn

Study at home, at your own pace, with affordable courses that provide the information, processes, documentation, scripts, and everything else you need to make your way in real estate investing.

Courses include Find Your Fit for the totally new, Quick Start for beginners, FlipStarter, RentStarter, REI by the Numbers, Raising Private Money, Creative Deal Funding, REI terminology, and much more.

More courses are being added constantly. 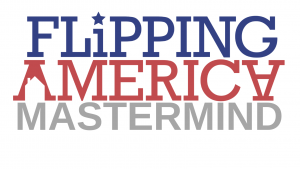 It’s a full year of intensive study, training, interaction group and one-on-one coaching. This is your opportunity to join the inner circle of one of the most productive investors in the world. Participation includes personal coaching calls with Roger Blankenship himself, known worldwide as one of America’s leading investors. Roger takes the time to work with you at your point of need to get you where you want to be.

WHAT CLIENTS ARE SAYING

I just got off the phone with Roger for our 1:1 strategy call and it was amazing. The breadth of his knowledge and his willingness to share his experience and expertise as an investor was enlightening. Roger is the real deal, I learned more in our 30 min conference call than I did from other investment instruments that I have been using thus far. My sincere thanks for an awesome jump start to my career as a real estate investor.

Robin BlakeGainesville, GA Investor
“It was a joy and truly educational to work with Roger through his coaching program. Roger immediately put us in contact with the right funding and helped us overcome obstacles. He was accessible, yet allowed us to make decisions while providing input. I would definitely recommend anyone inexperienced in flipping properties to work with Roger.”

Lamar JohnsonAtlanta realtor and investor
If you want to learn from honest people and build your network, Flipstarter is a great way to kick start your flipping career.

Heather C
This was a tremendous amount of information packed into the day and a half course! Roger has tremendous honesty and character and is doing this for the right reasons. Makes it even more exciting to be a part of his course because of that.
Jay Bolas
It is worth the time and the money to learn from a real pro like Roger.
Eric Olson
Roger is a man on a mission to share his real estate knowledge. A great source of knowledge and experience, Roger projects honesty, ethics and care for us. This encourages us to do the work and grow like he has.
Caroline H
I started my Real Estate investing career by religiously attended Roger's Creative Deal Makers Lunch meetings and immediately realized that Roger is friendly person & seeing him help answering members questions/concerns, I understood "He is the one"
Raghu V
Roger is an amazing teacher, mentor, and man of character in the real estate space. I have learned a great deal of knowledge and been able to network with any professionals in our space.
Wade T
Not only does Roger know his stuff, he is hilarious. I always enjoy listening to him.
Chrissy G
The courses are great. But it becomes simply amazing when Roger guides you through a project. His depth of knowledge is incredible!
Helen C
Previous
Next

It all started in January of 2017, although there is a prequel going back all the way to 2013. Roger had been approached by a television producer to let them film his various projects for a TV show. Roger was known for volume at this time, fixing and flipping more than 100 houses a year with a precision process that could turn a typical house around less than ten days.

Turning down that opportunity seemed to make sense at the time. There was no direct income from what would end up being quite a time-consuming effort. Roger will tell you now he whiffed on that one. He just didn’t see the opportunity on the other side of that notoriety. To be fair, he was not seeking notoriety either.

Fast forward to 2017 and Roger was given another opportunity – this time to create a radio show. He could do this himself, on his own time, and the entire show could be produced in a relatively inexpensive home studio.

So he jumped. He launched the show officially in April, 2017. The show began growing quickly and within a few months had more than 20,000 regular listeners. That number has grown to now exceed 1.5 million unique listeners each month.

In January of 2019, Roger decided to convert each recording to a podcast and the entire back catalogue was immediately available to listeners.

2022 saw the publication of his fourth book, “Flipping Houses in Ten Days” which was certified an international best seller within just days. Millions of lives have been touched out of a simple desire to help others achieve their dreams.